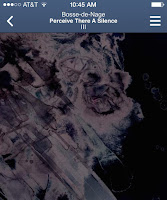 Part of being a creator-of-things is the ability to let a piece of yourself go. Once you make something, it's sent off into the great wide world, largely outside of your control, to take on new life in the digital realm.

Sometimes I can't help but be amused at the veritable rainbow that's become of the original art for Bosse-de-Nage's album, III. Online, anyway.

I think back to the many discussions on color, visual meaning, and philosophy that the band and I had as we put the finishing touches on the work -- a journey feeling every bit as complex and transformative as the creation of a musical piece.

Indeed, the final version is quite different from the original, which I still have stored at home. I started out with pencil and watercolor, but allowed it to take on shapes of it's own, not wanting my hand to have complete control over what I hoped would be fitting such a surreal, dark, and sometimes chaotic and conceptually abstract sound. As it progressed, those were just the types of amorphous shapes that started to occur. The band found lots of hidden shapes in the work that I hadn't noticed, too; like "the angel Gabriel," and a "goat face" (which I now can't un-see.) Staring for hours at the later digitized high-resolution version of the original, zooming in and out, adjusting colors and tones (all the while with iii blasting in my headphones) -- the pleasantly maddening experience took me into the depths of the music in a way that I couldn't fully have anticipated, and I hope that it is reflected in the work.

The CD art is a smaller, cropped version of the vinyl album art, something I talked about at length with their band's singer. We wanted the two images to be different, but like windows into the same concept, viewed from different vantage points. Much like music, art can feel so vastly different depending on your mood, your locale, or even the media-form you choose. 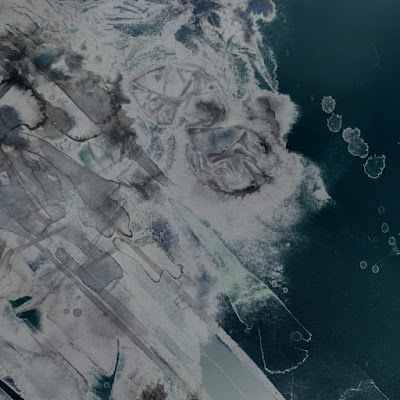 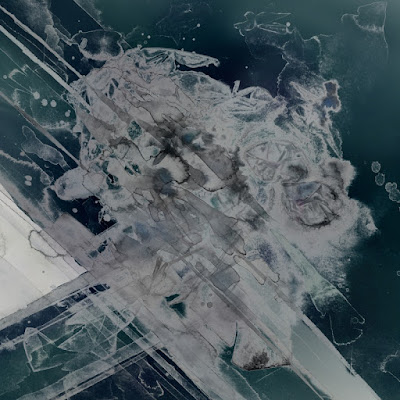 Being able to enter into the music so intensely, and trying to extract themes and essences in a visual manner, feels both intimate and strangely voyeuristic. It was a privilege to have been able to work with such a moving album, and such a unique band.
Posted by Astrid J. Smith at 7:08 PM